Blackjack has long been the king of table games, and it is the game most associated with casinos. Nevertheless, our perception is not necessarily the reality. It became undeniable at the close of 2012 when baccarat earned a higher share in Las Vegas at 37.9 percent than blackjack at 28.3 percent. That was not eking out a marginal win but rather a drop of the mic that caused the entire industry to take notice. Any remaining doubt was eliminated in 2013 with an even greater margin: 46.8 percent to 24.6 percent.

Baccarat a Powerhouse Online Too

Perhaps this changing of the guard was not a surprise to those being objective about online profits. After all, baccarat has been outperforming blackjack online for at least a decade, maybe two. Many industry insiders wanted to dismiss those numbers as not indicative as a trend in Las Vegas and casino cities around the world. It is becoming increasingly clear, however, that online trends are indicative and often serve as a forecast. It really is no surprise that Las Vegas casinos are adding gaming features and promotional structures favored online at such a fast rate.

Why Did Baccarat Surpass Blackjack?

There is no definitive reason why baccarat has become more popular than blackjack. Baccarat is a very simple game and accessible to the novice, but so is blackjack, perhaps to a slightly lesser degree. The big advantage blackjack has is a smaller house edge. The standard house edge for blackjack is .5. With baccarat, the edge is at least one and can be as high as 2.4. Baccarat is more of a social game, but that does not explain its success online where it is generally played alone.

World-renowned poker player Phil Ivey has been accused of cheating at baccarat by Borgata Casino in Atlantic City, New Jersey. The casino claims that he used a tactic known as “edge sorting” to cheat the establishment for a total of $9.6 million over the course of four sessions between April and October of 2012. A lawsuit filed in April of 2014 also names Ivey’s female partner who is alleged to have given instructions to the dealer, and the manufacturer of the playing cards used at Borgata, Gemato Inc., which is located in Missouri.

This is not the first time that Ivey has been accused of cheating at baccarat. A major casino operator, the Malaysian Genting Group, has also filed a similar suit claiming that he won nearly $12 million with the help of an accomplice by cheating at baccarat. Ivey denies any misconduct and claims that his wins were the product of sheer skill; however, baccarat is a game of luck with very little skill involved. Despite its inherently low house edge, casino proprietors claim that such a win is highly uncharacteristic and unlikely to be the result of fair play.

How It Was Done

The Borgata claims that Ivey and his accomplice instructed the dealer to turn over cards that are considered favorable in baccarat – the six through nine – in a way that would allow the irregular edge of those cards to face a specific direction. Casino playing card manufacturers are held to strict standards in regard to these irregularities which explains why Gemato is also named in the suit. In rebuttal, his attorneys claim that he wanted the house to use an automatic shuffling machine, which is common in these venues, so that the way in which a card was aligned would make no difference. 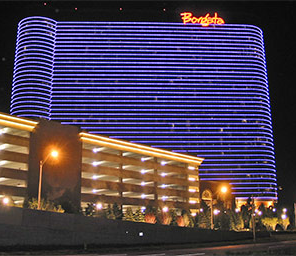 Ivey’s lawyers have responded to the lawsuit by claiming that he and his female associate were not involved in cheating in any way. They also provided proof that the six-month statute of limitations which applies to such activities had long since expired. Finally, the team of attorneys noted that, under the law, purported violations of casino review regulations can only be pursued by regulators of gambling within the state and not by the casino itself.

There is some speculation as to whether these accusations will have any impact on Ivey’s 10th World Series of Poker win that came in late June 2014. With that bracelet, he is now in second place for the most WSOP wins of all time.

There are no patterns in the gambling game of baccarat. All games of baccarat are pretty much the same thing as tossing a coin. This is what makes the game different from the other card games inside of casinos. However, there is an underlying system to the amount of money a casino can make from baccarat. It’s true! There is a certain time of year the game of baccarat is bringing in loads of money for casinos all over the world. Do you know what time of year it is? It is Chinese New Year. Why does Chinese New Year bring a surge in baccarat playing? The reason is simple. It is because Asian cultures generally love the game of baccarat. You need to remember that the game of baccarat is governed completely by fate. Asian cultures often have a strong belief in fate. Baccarat taps into a cultural need at the gambling table for many Asians. Naturally, large amounts of people with Asian heritage are going to hit the casinos for Chinese New Year. This means that baccarat always does well this time of year.

Do you need evidence of this? Look at the month of February in 2010. This month brought in over $206 million in baccarat revenue for all of Las Vegas. The month of June in 2010 only brought in $18.5 million in baccarat revenue. What was the difference between the two months? Chinese New Year was in February. The difference between those two months is incredible. It has great drawing power for baccarat tables. If you are looking into playing a baccarat game with lots of people, remember the correct time of year to do it! Look up the next Chinese New Year. You can then book your tickets to Vegas!